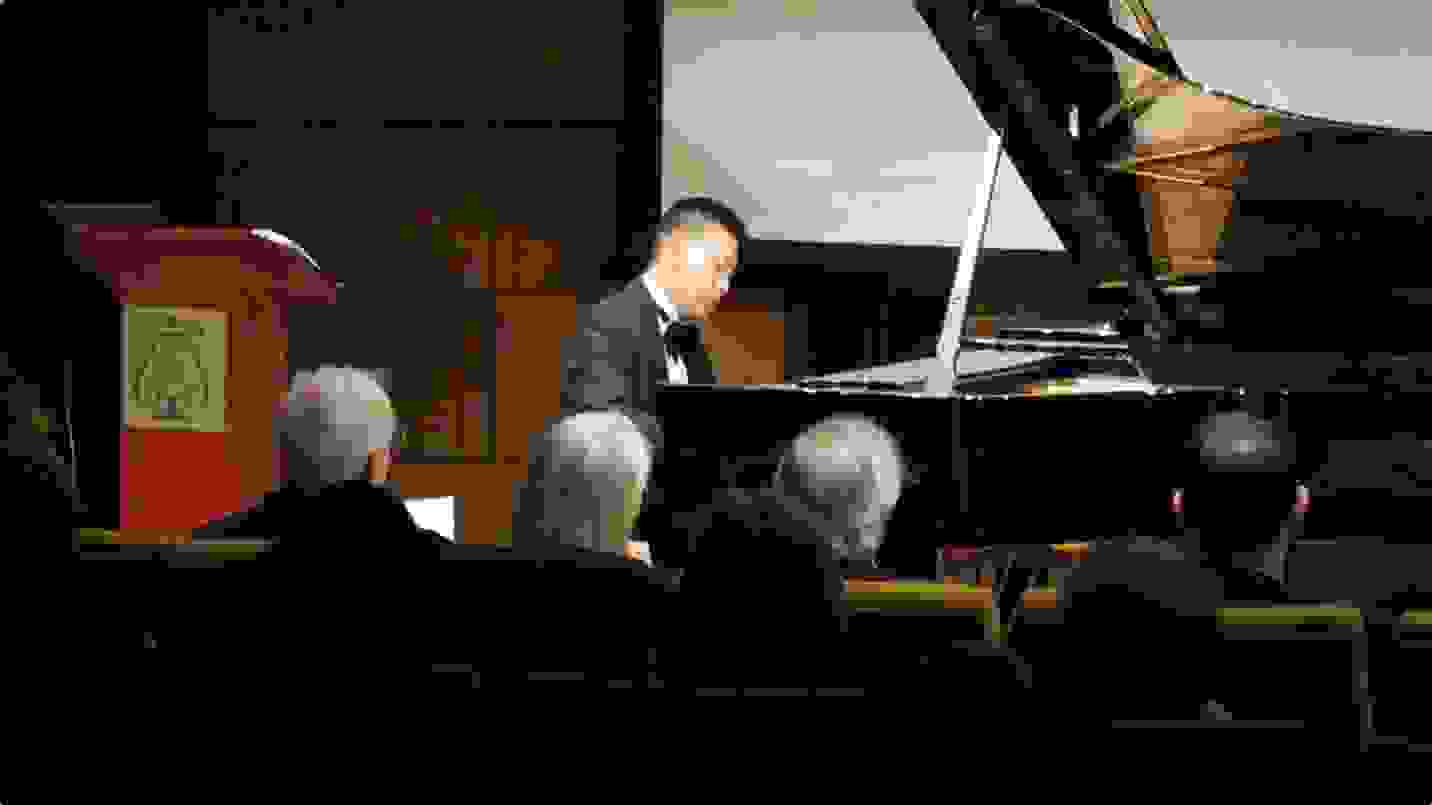 Yu is currently a candidate for a Doctor of Musical Arts Degree at Mason Gross School of the Arts at Rutgers University studying with Vladimir Valjarevic as a scholarship and doctoral teaching fellowship recipient.

In this coming season of 2020 - 2021, Mr. Yu will make his two concerto debuts in collaborating with the Rutgers Symphony Orchestra on Brahms’ enormous Piano Concerto No.1 in D Minor at Rutgers University’s Nicolas Center for the Performing Arts and the Busan Philharmonic Orchestra as part of the 2020 Busan Maru International Music Festival Series at Busan Cultural Center, South Korea.

In addition to some conventional venues for the performing arts, Mr. Yu has been invited to give performances including some cultural institutions: the Metropolitan Club NYC, the Union Club of NYC, "CU-Chinese Cultural & Economic Forum” at Columbia’s Faculty House, Czech Cultural Center NYC, Polish Consulate General NYC, German Consulate General NYC, Consulate General of the People's Republic of China NYC, NYC’s Bohemian National Hall and many others.

Highlights of past seasons also include performing one of Chopin’s most magnificent works ----- Piano Concerto No.2 with Mannes String Quintet at the Polish Consulate General, NYC; offered a well-reviewed performance his Mannes chamber group in the concert of “Nature in Sound” at Madison Avenue Presbyterian Church, NYC by presenting Schubert’s beloved masterpiece, the “Trout” Quintet. Mr. Yu and his group had also achieved a tremendous success on Brahms’ monumental Piano Quartet in C Minor, Op.60 “Werther” for “First Fridays Concert Series” at the Frick Collection Museum.

Mr. Yu is currently a candidate of his Doctor of Musical Arts Degree at Rutgers University’s Mason Gross School of the Arts, under the studio with Prof. Vladimir Valjarevic as a full-scholarship and doctoral teaching fellowship recipient. In May 2019, Mr. Yu graduated from Mannes School of Music of The New School with full-scholarship where he obtained his Master of Music Degree and under the tutelage of Prof. Pavlina Dokovska. Among his graduation from Mannes, Mr. Yu has been selected to be the 2019 recipient of the Steinway & Sons Award, given to an outstanding artist in graduate program.

Mr. Yu was accepted by one of the most prestigious classical music festivals in the world----Écoles d'Art Américaines de Fontainebleau in France. As a featured soloist, Mr. Yu gave a number of concerts at the Palace of Fontainebleau during the festival’s concert series. Meanwhile, Mr. Yu has been awarded the 2018 Competition of Ravel Prize, Casadesus Grand Prize by Ravel Foundation and Fontainebleau Associations. This year, Mr. Yu will be producing his first CD Album, Palette in Parallels which commissioned and produced by the Fontainebleau Music Festival & Association. The album will be featuring selected piano compositions by Robert Casadesus, one of the most outstanding and legendary pianist in 20th Century, also contains piano selections from Couperin to Ravel in pair with Casadesus’ music together as the dazzling heritage of the golden age of the French School.

As in the field of piano pedagogue, Mr. Yu always devoted himself into the explorations on coaching young pianists including beginners, intermediates, advanced and college level students in U.S. and China. As a former Teaching Assistant at Mannes School of Music and current Doctoral Teaching Fellow at Rutgers University, Mr. Yu has given class piano, private coaching and secondary lessons to undergraduate students in both schools.

A native of Shenyang, China, Mr. Yu was born into a family of musicians. He began his piano lessons at the age of five, studied with Prof. Yafen Zhu and Quming Zhang at the age of seven. In later years, he received his advanced music education in China from Prof. Danwen Wei at the Pre-College of Shenyang Conservatory of Music and then under the direction of Prof. Jerome Lowenthal at the Juilliard School.